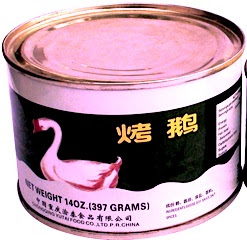 I just heard about this; but it's been going on for at least a year. Mass killings of geese, in New York -- ostensibly to stop the damage caused when geese fly into jet engines -- and the meat is shipped off to homeless shelters, including my own now home state of Oregon. Before the seemingly altruistic gesture of giving the goose meat to feed the homeless, the geese carcasses were dumped in a landfill. Only after much protesting from area residents did Prospect Park and the Department of Environmental Protection change their method of getting rid of the bodies.

In a truth is stranger than fiction Fortean moment, there was a story that many believed to be true about the homeless in Los Angeles eating pigeons.  back in January of this year. Even though those columns were fictional, and an attempt at humor,I found the articles disturbing, and the fact that many were linking to this as a real news item interesting. This is what I wrote in January about that article:


I found the link on Rense.com, where it was presented as serious. "371 Dead Birds Fall from Sky on Sunset Blvd." The article very quickly turns ugly in a not- funny- but- we- think- we're -being -funny way. Kind of nasty all the way around, with the smarmy comments about the homeless. But what I strikes me the most is the marginalization of a very serious global phenomena. Whether it's intentional, as in government Dr. Evil plant and cover-up doing its disinfo thing, or, just some smart ass being not as clever as he thinks he is, that constant, low level hum that sends the signal it's not that bad, these events aren't connected, nothing to see here, is being maintained.

The Humane Society has plenty to say about this, naturally...

As I mentioned, the goose killing has been in the works for a year; as reported by  Diana Duel in July of 2010:

New York has declared war against Canadian geese, and has authorized the destruction of nearly two-thirds of the current population (or about 170,000 birds). That means two-thirds of the current population could be exterminated. Plans are to target Canadian geese found in "open areas and more than 40 public parks in Brooklyn, Queens, Manhattan and the Bronx within five miles of regional airports."

A year before that, according to Duel, New York killed 2,000 geese; again, the reason given was to protect planes.

I'm not naive; large numbers of geese are a problem. We have large numbers of geese where I live; they're everywhere along the river, for example. Nothing like navigating your way through slippery icky goose poo on your way to the water. Or warding off aggressive geese who hope you have food to give them. I've seem geese chase after little kids; the geese are sometimes taller than the kids! But as the Humane Society and others point out, there are other ways to combat the goose problem. And going deeper, is the issue of how we treat our poor and homeless in this country. There's something horrifying about doing a 180 on sloppy, unethical and careless behavior (throwing goose carcases onto landfills) and deciding "Oh, we'll just give the meat to the homeless." It's an afterthought. It's simply giving away trash to what many consider also trash -- the poor, the homeless -- it's appeasement without taking responsibility.