A Saudi farmer who went into his barn to take his 300 sheep on their daily pasturing was shocked when he found them all dead, a newspaper in the Gulf Kingdom said on Saturday.

The farm said he checked the sheep an hour earlier and they were all alive in their barn at his far in the western town of Qunfudha.

From Colin Andrews: These Carpenter Bees were not normal: Strange Story of a sphere

Fascinating and very weird account of scanner-bees:
These Carpenter Bees were not normal: Strange Story of a sphere
Posted by Regan Lee at 7:48 PM No comments:

On The 'C' Influence: When a Creature's Not a Creature 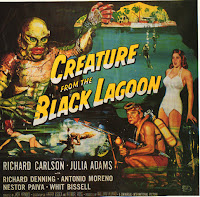 Excellent piece by Erich Kuersten on science, cryptids, the way we perceive and why we think we see what we see -- or don't see, and so much more.


"I'm not advocating cryptozoologists would be happier taking LSD than hunting for skunk apes, but it might be a start."

The 'C' Influence: When a Creature's Not a Creature
Posted by Regan Lee at 4:21 PM No comments:

Newest From Nick Redfern: Crypto and the MIB

My first newsletter: Bigfoot From Space.
BF newsletterApr2011
Posted by Regan Lee at 9:29 PM No comments:

The FBI has declassified documents concerning UFOs (and why, one asks) and among them, the following on cattle mutilations:
(hat tip to Lesley at The Debris Field for link)
UFOs & Extraterrestrials FBI Files Say 8,000 Cows Mutilated During the '70s
Posted by Regan Lee at 7:54 PM No comments:

More sickness and what we do to animals, using propaganda to justify these actions. One tactic is the making of heroes out of the animals to assuage our own guilt. The reason for the removal is mainly to instill fear in the enemy, and the implantation of the teeth doesn't seem to be successful:


The teeth of the K-9 combater have been extracted and replaced with titanium choppers. Using titanium, the dog is able to attack without fear of breaking teeth. The one drawback is that many of the dental sets have fallen out when the dog is chomping on the enemy.
The main reason for the metallic smile is the fear factor of the fangs. When a hundred pound pooch with metal teeth is aimed for attack, the sight can be quite frightening. The bite from the jugular with titanium also tears the flesh with more force.

There isn't much more to the story at the link here:Navy Seal Dogs and their Titanium Teeth which is just a puff piece.
Posted by Regan Lee at 8:16 PM 1 comment:

Another sad story about a child being mauled by an animal in captivity. My first thought reading this was: "Where were the adults??!!" Scarier that this happened on a school outing. Somehow the child, a 1st grader, climbed over a railing estimated to be "...four to five..." feet, then "...crossed an eight-foot gap..." and stood beside the leopard's enclosed area, trying to touch the animal. Apparently the child wanted "... a closer look" at the cat. How did they know that; did some adult tell the child it was okay? Wasn't he being watched? Wasn't there any pre-teaching involved before leaving for the zoo? Fortunately, as terrifying as it was for the child, the article implies he'll be okay, and, also fortunately, the zoo will not euthanize the leopard.
Leopard attacks child at Sedgwick County Zoo | Wichita Eagle
Posted by Regan Lee at 5:32 PM No comments:

Sacrifice and Legend: The Dog That Killed Osama bin Laden

The (alleged) assassination/murder/killing of Osama bin Laden became mythic the moment the news stream broke the story. Amidst the lore (burial at sea, grisly photos, the compound, what the neighbors thought, ...) is the story of the dog that was brought along during the raid in Abbottabad. The story goes, according to various news sources such as the one cited here (Yahoo! News) a "military dog" took part in the raid:


a military dog (not pictured) was strapped onto one of the assault team members as he was lowered out of a Black Hawk helicopter and began the operation that killed the notorious terrorist on Monday.

Why a dog would be on the mission isn't revealed. Instead, the dog is presented to us as a hero, for the dog died during the course of the attack. If the dog was, indeed, there in the first place. The Pentagon won't confirm or deny if there was a dog used in the operation or not. Theories as to why a dog would be used: bomb detection, cameras (attached to the dogs), people finder.

The news seems to think that this dog -- so far unconfirmed to its reality-- was killed during the raid, which means the dog is a war hero. Other dogs, used during war and sacrificing their lives in the name of freedom and all that's right and holy have been given post-humus awards:


...there is some precedent for war dogs receiving military honors. The Navy awarded a Silver Star in 2009 to a dog named Remco who gave his life charging "an insurgent's hide-out in Afghanistan," Harris writes. According to Foreign Policy, another dog named Eli fiercely guarded his Marine, Private First Class Carlton Rusk, after he was shot by Taliban sniper fire in Afghanistan. Rusk's bomb-sniffing dog would not even let fellow Marines approach the wounded Rusk, who did not survive the attack. Eli now lives with Rusk's family.

It doesn't matter if this story is true or not. The meme's been released (sort of like The Kraken); once it's out, it's done it's job. Most everyone loves dogs. Our heartstrings are tugged. Apple pie and dogs, who can fight those? The Evil One is dead, justice has been served, vengeance performed, deaths avenged. And if anyone dares to question the anomalous aspects of 9/11, our complicity in affairs of the world, and certainly the operation itself, bring in the dogs. This dog story symbolizes bravery and patriotism. It's a both a symbolic distraction and a legend in the making (the "tale of the dog that killed Osama bin Laden") that seals the deal. This dog story also underscores the dichotomy between loving animals and caring for them, and using them as we see fit. This folk hero story of a brave dog mitigates any guilt over the fact we use animals in war for our own means.

Intense interest surrounds dog who may have participated in bin Laden raid - Yahoo! News
Posted by Regan Lee at 7:36 PM No comments:

A few recent links on my blog Mothman Flutterings:

MOTHMAN FLUTTERINGS
Posted by Regan Lee at 11:13 AM No comments:

It is hard to tell from the photo, but as The Anomalist points out, "isn't it just a whale?"
55 Feet Long Unknown Fish Species Found in China [PHOTO] - International Business Times
Posted by Regan Lee at 11:12 AM No comments: