The clearest evidence that the animals' sense of direction does not depend on memorizing smells along the route, or other details of the outward journey, comes from cases where the animal was transported by air. During the Vietnam War, scout dogs used by U.S. troops and taken by helicopter to the war zones. One such dog, Troubles, was airlifted with his handler, William Richardson, into the jungle to support a patrol ten miles away. Richardson was wounded by enemy fire, and was airlifted to hospital; the other members of the patrol simply abandoned the dog. Three weeks later, Troubles was found back at his home at the First Air Cavalry Division Headquarters in An Khe. Tired and emaciated, he would not let anyone near him. He searched the tents until he found Richardson’s belongings, then curled up and went to sleep.

Lon Strickler reports on cattle mutilations in Argentina:Phantoms and Monsters: Paranormal Activity, Bigfoot, Mothman, UFOs and Other Unexplained Phenomena, and much more.
Posted by Regan Lee at 11:12 AM No comments:

Described as a "living dinosaur" it was found in a mud flat. Rescued 655-Pound Sea Turtle Released - Yahoo! News
Posted by Regan Lee at 6:43 PM No comments:

Host John B. Wells, with guest Vince Rotonda and Colet Abedi onAlien Visitations, tonight on Coast to Coast.
Posted by Regan Lee at 12:27 PM No comments: 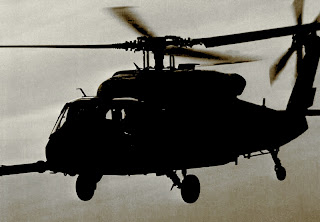 Some episodes, otherwise small and on the surface, seemingly mundane, carry with them a vibe of oddness. Just something that is . . . off kilter, skewed a bit towards the weird. Two little things that aren't anything really but carried with them that type of vibe.

The other night, or early morning really, about 4:00 am, I was awakened by a helicopter. Not at all strange in many cities, but here in Eugene, Oregon, not a common occurance to hear a helicopter at night. And not one flying so damn low -- I thought it was going to land in our backyard! The windows were rattling for sure. The helicopter finally flew off, only to return at the same low altitude. I assume it was a police helicopter (I assume the local cops have a helicopter, I really don't know) and they were looking for someone. The whole thing, while not at all unusual on the face of it, just was odd. 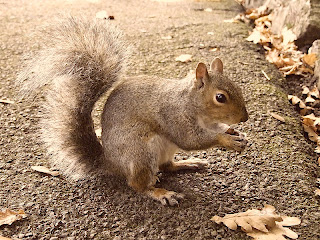 Then next day, we were walking towards the sidewalk in front of our house when we noticed a squirrel standing stock still on the sidewalk in front of the house next door. We assumed he or she was staring at one of the cats, but when I walked towards the squirrel and looked in the direction he was looking, I didn't see anything. I couldn't figure out what he was looking at. He stayed there, frozen to the spot. Then he turned and walked away. He didn't run, or scamper, he walked down the street. As much as a squirrel can walk that is. It was just a little odd; he was walking down the side of the street, all the way to the corner. Lots of trees around, in order to run up the trunks. Lots of lawns and gardens and fences. But he was just going down the street, slowly, (again, as much as a squirrel can go slowly.)

Farmer: Spots appearing on cows near Fukushima plant — “I have never seen symptoms like this” (PHOTOS & VIDEO)
Posted by Regan Lee at 4:01 PM No comments:

Nagasaki and Tokyo:/White swallow found in Tokyo too | Fukushima Diary
Posted by Regan Lee at 3:49 PM No comments:


The creature knocked Lillian Peterson off her feet as she was climbing out of Lake Barcroft after a swim. The 83-year-old woman twisted around to see what attacked her and noticed one thing: large, orange teeth.
A 35-pound, 24-inch rabid beaver had bitten her on the back of the leg and would not let go, sparking an ordeal that lasted more than 20 minutes Tuesday evening. The Falls Church woman and a friend battled the animal with canoe paddles, a stick and bare hands as it came at them again and again. Peterson was seriously injured.

Indeed. And as I commented on Nick's blog, there does seem to be peacock synchronicity lately!Nick Redfern's World of Whatever...: Peacock High-Strangeness
Posted by Regan Lee at 11:02 AM No comments:

October 4 is Saint Francis' Feast Day. You can order your 'St. Francis Day in a Box!' kit right here: Religion News Service | Press Releases | The Humane Society of the United States Celebrates Patron Saint of Animals
Posted by Regan Lee at 11:07 AM No comments:

Neil Arnold: Monster! The A to Z of Zooform Phenomena on Binnall

Brand new! Over two hours of Fortean animal time with Neil Arnold and Tim Binnall. Binnall of America I haven't had a chance to listen to the interview yet but hope to do so later today. I know it's good!
Posted by Regan Lee at 9:49 AM 1 comment: