I've added my thoughts to the discussion at the C Influence blog on water monsters, and crypto research:

The 'C' Influence: SP-8: Random Responses to Water Monsters, Clowns,C...: "Clowns and Cannibals Bruce begins his post with the question:'What makes a creature monstrous to us?'
Posted by Regan Lee at 1:03 PM No comments:

Lake Monsters on "The C-Influence"

The esoteric minded C-Influence blog, which addresses all kinds of philosophical, occult (in the true sense of the word), metaphysical type topics, -- and of which I'm a contributor to, along with others such as Bruce Duensing and Lon Strickler, has new posts up about lake monsters. Check it out here.
Posted by Regan Lee at 8:14 PM No comments:

The above reminded me of the strange beam of light that appeared to stop just above the ground caught on camera by Margie Alvarez in Stephenville, Texas, during the Stephenville UFO flap. (Other events came to mind, like the Skinwalker ranch, etc.)


In these cases; the ones Lon refers to, Stephenville, there is a lot of property available for "them" whoever "they" may be, to do their thing. Private property, rural, hard to get to, at night -- all good conditions for conducting covert activities.

I'm always interested in the reaction of animals to the anomalous; the animals responses are excellent clues -- and data -- in working towards figuring out what is going on.
Posted by Regan Lee at 11:08 AM No comments:

Frame 352: Bigfoot Lunch Club's "A Man Who Would Kill Bigfoot"

Frame 352: Bigfoot Lunch Club's "A Man Who Would Kill Bigfoot"
Posted by Regan Lee at 5:50 PM No comments: 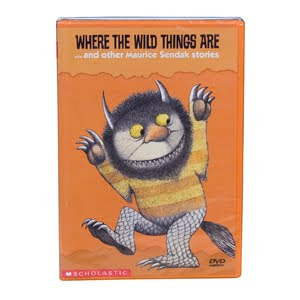 As to the nature of the yucky dream; had another violent dream the night before that, though not involving animals. Sadly, a person I know. Some personal issues in my life right now. Not surprising, given that and my run down state, that my dream mind conjures up attacking Yetis!
Posted by Regan Lee at 1:36 PM No comments: 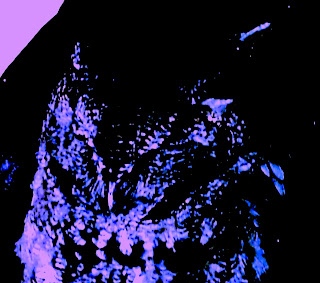 In the movie Encounters of the Fourth Kind, the owl figures prominently, which isn't surprising, since the movie is about alien abductions.  I saw the movie for the first time Saturday night, which inspired me to write the post below on owls, posted Sunday.

Today, I see in the morning paper that the owl appears in the cartoon jumble. At work, someone wearing an over sized T-shirt with a giant owl on it walks by me. I go to my desk to find owl stickers. Later, class divides into teams and decide on team names: one group chooses "the owls."

Love that owl synchronicity!
Posted by Regan Lee at 8:54 PM No comments:

The owl, as Forteans know, makes its appearance in various ways within UFO-alien abduction-high strangeness events and occult, para-political conspiracy themes.  Sometimes the owl appears to a witness of the anomalous as what it is: a bird, but. . . is it? Behind the owl there seems to be something else; an alien, an entity. Is the alien pretending to be an owl, appearing as an owl, or using the owl as familiar? Is the image of the owl projected; beamed to the human, as a tool to lull the human into a hypnotic state?

The owl, as a symbol, appears in conspiracies. The owl is on the dollar bill, and it figures strongly within the Bohemian Grove's rites; in these contexts, the owl represents hidden knowledge available to the few -- and privileged. 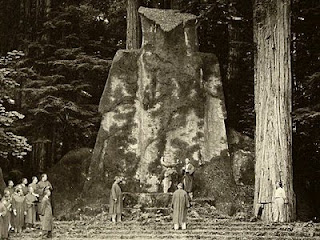 In a reversal mode, the owl is also a symbol of high skepticism to the point of ridiculous debunkery. Uber skeptic Joe Nickell has used the owl to "prove" that Mothman, the Kelly Hopkinville entities, and the Flatwoods Monster were simply owls. At least three seperate articles have been written by Nickell, where he details his anyalises of these very different (as to content, time and location) events, yet offers up the same solution: owls.

The television Twin Peaks (created by David Lynch)  acknowledged the esoteric imagery of the owl in what is now a cult classic line: "The owls are not what they seem."

Currently, AMC is airing its new series Rubicon, which is about a spy type think tank. Not exactly CIA, NSA, etc. but a department housed in a funky, run down old building that analyzes and reports on global political doings and individuals. Recent accidental deaths and suicides of Rubicon department heads and power mongers are how the main character, brilliant but naive in many ways, ends up as the new boss of his team. He's suspicious of the death of his boss, and begins looking into things. Soon, he's also being messed with. A small figure of an owl, found among the deceased belongings, appeals to and he puts it on his desk. There it sits, as a symbol of the conspiracy ("Who do we work for?" he asks his boss, who is either a mentor, or an enemy -- time will tell) swirling around him. Beyond the metaphoric meaning of the owl, this owl also serves a utilitarian purpose: within its base, someone has placed a bug in order to listen in to our hero in his office. The bug is discovered but is left within, later, he checks on it to find it's gone during a FBI lock down, only to discover the bug has been put back when they leave.

Raccoons are among the animal forms aliens/trickster/fairy/entities use to guide us to liminal states, to flying saucer interiors, to other realms, or just appearing as  iconic animal figures in general high strangeness stuff.  Take Dr. Cary Mullis famous encounter several years of his meeting with a glowing, talking raccoon he met by his cabin in the woods. I wrote about a slightly odd raccoon sighting in the house where we saw our orange orb UFO and had our missing time -- though not in direct connection with those events on my blog The Orange Orb.

Here's a photo of a herd of raccoons on the C2C site, seen in the daytime in Florida, with a short description of the sighting and their behavior, which was termed "aggressive" (many rushing the photographer's car)  by the writer.

It's been my observation that stories of usually non-aggressive animals (though raccoons can be aggressive of course) have been increasing for a few years now, since around 2000, and really, as my files show, over the last fifteen years or so. It's the context and frequency of these kinds of stories that makes them so odd, so Fortean.
Posted by Regan Lee at 4:58 PM No comments: