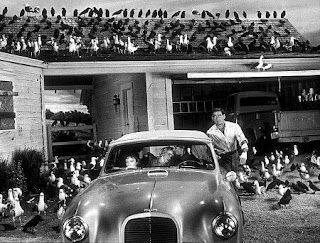 Yesterday, I followed a link on the always exploitative and titillating Jeff Rense site to a story about another bird fall, this one in Hollywood, California. Right on Sunset Blvd. My old home, I lived in that area for many years. Birds falling to their deaths in my old neighborhood; I couldn't resist following the lead.

Very early on in reading the article, it became clear it was a joke. Here's what I wrote yesterday on this piece on my blog Octopus Confessional:


I found the link on Rense.com, where it was presented as serious. "371 Dead Birds Fall from Sky on Sunset Blvd." The article very quickly turns ugly in a not- funny- but- we- think- we're -being -funny way. Kind of nasty all the way around, with the smarmy comments about the homeless. But what I strikes me the most is the marginalization of a very serious global phenomena. Whether it's intentional, as in government Dr. Evil plant and cover-up doing its disinfo thing, or, just some smart ass being not as clever as he thinks he is, that constant, low level hum that sends the signal it's not that bad, these events aren't connected, nothing to see here, is being maintained. (371 Dead Birds Fall from Sky on LA's Sunset Blvd; Similar to California, Arkansas, Louisiana Bird Drops -)

It is obvious from reading the article no deadly fall of pigeons bloodying the streets of Hollywood has happened, but the story is being presented as real. Rense is still at it, he's highlighted the story on his site under one of his special it's the end of the world we're all going to die sections.  Deborah Dupre at Examiner.com has written an article about this, protesting the plight of L.A's homeless, who, according to the Associated Content article, grabbed the bloody dead bird bodies, throwing them onto the grills of hot dog vendors, apparently frenzied by hunger: 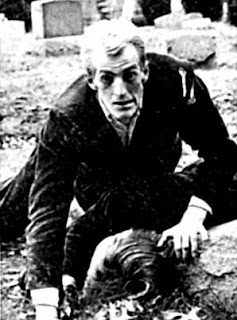 One man had already cleaned his fowl and was arguing with a hot dog vendor about frying it on his hot dog grill. The homeless held a bloody knife and shook the pigeon in the vendor's face. The pigeon's entrails hung at least a foot from the pigeon's slashed belly. The guts swayed as the homeless man passionately pointed his knife at the hot dog grill...The poor pigeons that had landed in the street were mostly squashed. A bloody mess."

Stylistically, it should be obvious that this is a hoax/creative exercise as the following excerpts show:

I heard about the horrific event from my neighbor, who happens to whistle when he talks and has a goiter on his neck.

That alone should have given it away, but here are more examples:

The hot dog vendor had abandoned his cart and a dozen or more homelesses were cutting the breasts out of the pigeon corpses and grilling the meat. They had formed a small mob. One whole pigeon corpse, still with feathers and not gutted, sat atop the grill.

Associated Content pays for articles. I tried it myself a few years ago but ended up confused as to their pay system; depending on the type of permissions and controls you choose (turning over your rights to your content to them) you get paid a certain amount per view of your article. So know that if you visit the link he's getting paid, no doubt he's received a lot of hits so far.

I did a simple search of L.A. news sources, and didn't find anything about this story at all. That, and the writing style, are clues that this is not a real event in any way, but a made up story by an entrepreneurial individual, one who is, according to his bio on Associated Content: " . . . is writing a novel titled Parade of Bums, and working on a collection of short fiction stories."