The meme has been released that the chupacabras mystery has been solved, thanks to skeptic Ben Radford's theory that a witness confused/overlaid imagery from a sci-fi movie onto some kind of creature she saw but was unfamiliar with. Of course, nothing  has been "solved" instead, an interesting theory has been presented that may help explain part of a complex phenomena. But, for those who need to find closure to mysterious events, this theory will be held up as proof the chupacabras was only a case of misidentification.

No one will ever know what's really happening here; trickster afoot within the weird works that way. Still, there are those who persist in finding answers in order to close the door on intruding events from other realms.

What if the witness had indeed seen something that could be compared to the creature in the movie Species? It is possible the creature did look like the Species figure; because it was that weird. But, as I've pointed out, to my eye the two share as many disimilar features as they do similar ones. Plenty has been written about Hollywood and government working together to release information  disinformation on covert topics, like UFOs, aliens, war crimes and so on. That wouldn't quite explain all of the characteristics of the Species creature; the chupacrabas descriptions are as alike as they are different. And I'm not seriously suggesting Species was an intentional Hollywood/government disinfo movie. 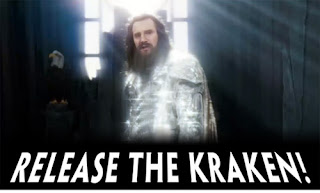 It could be that the witness Radford references did see something out of place and unknown -- Forteana is full of out of place creature events -- and the closet she could get to describing what she saw was to compare it to something accessible to most in pop culture. Because she saw Species, comparing the chupacabras  with the movie image, doesn't necessarily mean there wasn't a cryptid running amok at the time.
Posted by Regan Lee at 6:09 PM