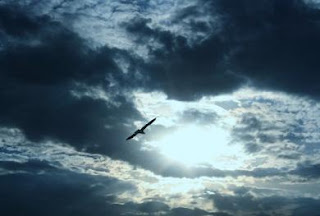 My new Trickster's Realm column is now up at Binnall of America: Animal Die-Offs and the Fortean Conspiracy Matrix.

At the start of the New Year, we saw several stories of mysterious bird deaths, along with mass die-offs of fish and other marine life. Stories of large flocks of birds falling to their deaths and other large groups of animals dying were coming in literally every day, sometimes a few in one day.

As with mass UFO sightings and other Fortean phenomena, the mainstream media offered downright silly explanations for these UADs. (Unexplained Animal Deaths.) Fireworks startled birds from their sleep, causing them to drop to their deaths. It was too cold. It was too hot. No food. Disorientation due to severe climate change. Poison. Confused birds, drunk from eating fermented berries. And the most calm, rational and sane response from authority: it happens all the time, it just doesn't get reported. Humans, being pattern seeking creatures, create synchronicities or conspiracies inside of otherwise mundane events.


It's not that many of the above explanations are invalid; in some places, it was climate that caused animals to die off, and we know animals can get drunk eating fermented fruit. Fish kills are not uncommon. The government admitted setting out poison for birds in South Dakota.

But there are no coincidences, and within the context of a Fortean conspiracy matrix, these animal deaths are very strange indeed.