The film version of Hunger Games has just been released, and as most of you know, the trilogy has been extremely popular. There is a man made created wasp creature in the Hunger Games called tracker jackers whose sting causes extreme madness -- if you survive, that is -- or a painful death. The following recent real life discovery of a giant wasp in Indonesia reminded me of the fictional "tracker jackers" in the Hunger Games:

Monstrous New Wasp Species Discovered in Indonesia | Trending Now - Yahoo! News: Discovered in the Mekongga Mountains on the Indonesian island of Sulawesi, the wasp is 2 1/2 inches long and greater than three times the size of an average wasp. Its jaws are so big that when its mouth is open, its jaws are bigger than its legs. Kimsey admitted she's surprised it can even walk with those kinds of proportions.

(More on the wasp discovery here.)

The scientist who discovered the wasp calls it "Garuda" which is a sacred enitity and, as Mothman researcher Andy Colvin writes in his work, he finds parallels between the Garuda and Mothman:


Kimsey has named the monstrous insect "Garuda," the national symbol of Indonesia that is part human, part eagle, and known as the "king of birds."

An interesting thing to note is that this wasp is not a bird, nor human, yet its nickname is "Garuda." The negative connotation of Mothman continues, in a round about way, as well as the Garuda. Insects often invoke a visceral negative reaction in humans. (I know they do in me, to the point of a literal phobia. I have vomited and almost passed out in the presence of some insects.) Although for Dr. Kimsey, it's assumed she has a love for insects since she studies them. 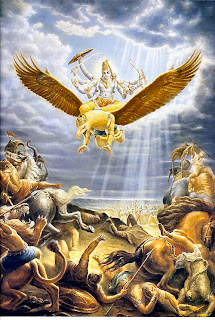 Another observation: The Hunger Games is seen by disinfo by some para-political, conspiracy researchers. The spin on the books is dismaying;it's being turned into nothing more than teen fluff vampire romance junk. But I loved the books and didn't realize they were written for "children" at first. I had overheard co-workers discussing the books and thought I would read them. So what is the disinfo, if any? (And I don't doubt there is.)  Basically, The Hunger Games and the other two books are anti-war books. Anti fascist. All sides are suspect: the rulers, the ones in charge of the rebels. Sacrifice upon sacrifice. So what message from this popular series is being spun, digested, and misinterpreted, and what message has been lost?

I will speculate that the romance of the individual warrior as well as the teen romance between characters are the segments put forth, and everything else pushed back. Is the spin focused on those things, while the grim poverty and totalitarian society of The Hunger Games is marginalized, serving only as backdrop? If so, is this part of the preparation, along with staged school events where mock crimes of violence are committed?
Posted by Regan Lee at 2:15 PM